Nacho and Denis meet after sixteen years of not being in touch, and neither of them is who they used to be. They both have wives. Nacho and Martha are a perfect bourgeois married couple with good jobs, but they are not happy because Martha is unable to get pregnant. Denis and Carmen lead a more laid-back lifestyle but live from hand to mouth and try to get enough money to open up a restaurant. When Denis offers his partner to be Nacho and Martha’s surrogate in exchange for the money they need to open the restaurant, the two couples have to deal with secrets that were buried deep, really deep, inside Nacho and Denis’ closet. Based on a popular play, Isaac is an emotional and poignant drama about class, happiness and being your true, authentic self. 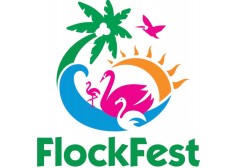