Publicly gay novelist Andrés has been banned by the Cuban government from writing another word. With a political rally coming up, they intend to keep Andrés under close scrutiny in order to prevent him from communicating with the press. Enter Santa, who is sent to Andrés’ countryside home to watch over him for the next three days. Despite their mutual distrust and suspicion, the pair find themselves quietly questioning their allegiances and ultimately coming to understand one another. Santa & Andres delivers a thoughtful, relevant rumination on the notions of hatred and tolerance.

IN CASE YOU MISSED IT – Look to this section of the festival to find those films that have played in previous screenings of OUTshine, either past festivals, GLOW screenings or other presentations. They are films that audiences loved and mentioned as their favorite films, yet they might not have been seen by the majority of audiences. We are bringing back these films in this, and all upcoming festivals so you can see these great films….IN CASE YOU MISSED IT! 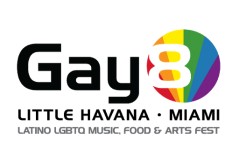